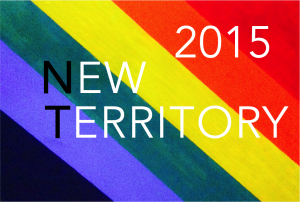 In mid-2014, Dr Stephen Kerry, a researcher at Charles Darwin University, conducted an online survey as part of the first phase of a research project on the health and wellbeing of transgender Northern Territorians.

In total 9 people completed the survey. The following outlines some of the key features of their responses.

END_OF_DOCUMENT_TOKEN_TO_BE_REPLACED

Approximately 40 LGBTIQ peoples and their allies gathered on the steps of Parliament House in Darwin today to promote awareness and raise visibility of the ongoing inequalities experienced by LGBTIQ peoples entrenched in Northern Territory law organised by newly formed community group Rainbow Territory.

Despite the thunder and torrential downpour, the steps of Parliament House were awash with Rainbow flags, festivities and cakes. This was a welcome sight to visiting politicians who dropped by for a slice of cake and conversation with rally attendees.

Rainbow Territory spokesperson, Daniel Alderman said that while homophobic, transphobia and other forms of violence against LGBTIQ peoples, at present, have lost the intensity they once had violence remains an ongoing issue and threat in the Territory.

“LGBTIQ peoples like other people of difference continue to be subjected to verbal and at times physical abuse. This is further acerbated by the inadequate understanding and fair consideration of homophobia by the Northern Territory police”

“We will continue to be here families, friends, partners, pets in tow to advocate for change. Our rainbows, cakes a presence serve as a constant reminder that LGTIQ people are an important part of the territory and are thus as deserving of equality in the law as any other member of the community”

Rainbow Territory is holding an equality rally, and invites the LGBTQI community and its supporters to join. Please bring a rug to sit on, rainbow paraphernalia and a plate to share… and an umbrella just in case.

The website development continues, technical parts are the most difficult. As well as developing something that serves a community, but without the direct community feedback during the build.

Web development is going good. The site is a little tricky to work for a novice, but the internet has an extremely helpful community that love problem solving and sharing information, so that makes it easier.

In order to improve community connection and visibility, a website sub committee was formed within Rainbow Territory. The main objective being to build a website that provides information to Territorians, and allows people to self organise. It also provides a platform for Rainbow Territory to inform NT and beyond about what is happening and what is on the agenda for change.