The Darwin Community Legal Service has released updated fact sheet which include LGBTQI rights in relation to discrimination, and how to make a complaint to the NT Anti-Discrimination Commission. Check it out

Que Kenny, a part of Sisters and Brothers NT has her own radio show on CAAMA Radio with Warren Williams. The show has strong Indigenous LGBTI, Sistergirl/Brotherboy content. The NEW Show called, “Nurnakah Show” which means “Our Show” in Western Arrentre. This show is hosted by…Warren H Williams & Que Kenny both launguage speakers from the community of Ntaria. 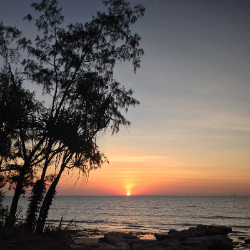 Hello all, writing from rainy Darwin, where the weather is blissful for half of the year with crystal clear skies and sunny days, and humid and wet the other! Darwin is a city of contrasts and surprises, and not only with the weather. We’ve stunning beaches, but we also have crocs. Of all the capital cities, we are closest to the source of Australia’s oil, but our prices amongst the highest! While we have a heap of markets, there isn’t an ALDI to be found. A nightclub you say? Yes, much frequented by the gays!

Tempted? We are a friendly bunch, do visit! Much love, X

Postcard from the Territory is a way to connect between cities, towns, rural, & remote, and new and established Territorians. If you’d like to contribute to future Postcards from the Territory, please email 200 words or less about life in your neck of the woods (or desert), an accompanying picture is most welcome, and sign off as you like.

Flix in the wet

NT News muses on the community

NT News journo Corey Sinclair discusses acceptance within the LGBTIQ community, and urges us to be more inclusive and supportive of one another.

Study in relation to how sexual orientation impacts pay

Headline: sexual orientation impacts pay. The story behind the headline is that your sexual orientation means you could be paid less than the highest earning group (straight men) if you’re a gay man, or not as bad as the worst earning group (straight women) if you are a lesbian. Does this mean that straight women earn the worst, then lesbian women, then gay men, then straight men earning the most? The article is unclear, perhaps someone could read the study and let us all know!

SBS has been featuring some excellent tv programs over the past week. Apart from the Sydney Gay and Lesbian Mardi Gras, which included the Territory’s first float, following are a couple of my favourites, both available on SBS OnDemand:

The Out List (expires 4 April). Through the voices of Americans from all walks of life,The OUT List explores the identities of the lesbian, gay, bisexual, and transgender community in America. In this series of intimate interviews, a diverse group of LGBT personalities bring color and depth to their experiences of gender and sexuality. With wit and wisdom, this set of trailblazing individuals weaves universal themes of love, loss, trial, and triumph into the determined struggle for full equality.
The Case Against 8 (expires 22 March). A behind-the-scenes look inside the historic case to overturn California’s ban on same-sex marriage. The high-profile trial first makes headlines with the unlikely pairing of Ted Olson and David Boies, political foes who last faced off as opposing attorneys in Bush v. Gore. The film also follows the plaintiffs, two gay couples who find their families at the centre of the same-sex marriage controversy. Five years in the making, this is the story of how they took the first federal marriage equality lawsuit to the U.S. Supreme Court.

The promise of cake was the only way to get people to turn up on a Saturday to talk about processes. On Saturday the 21st of February, close to 15 Rainbow Territorians met at NTAHC Darwin to discuss decision-making processes within the group.

The group analysed a range of decision making models including consensus, majority and delegation, and finally formalised a model for distribution to the broader Rainbow Territory network for feedback. The morning was highly productive and enjoyable, with a contingent of attendees continuing the good times at a local watering hole after the formal conclusion of the meeting.

Rainbows in the top end

This seven minute film was produced by PFLAG China – Parents, Families and Friends of Lesbians and Gays – with members of the organisation urging gay men and women to be as open with their families as they are able as they celebrate New Year.

Check out SBS movies on demand, either via your smart TV (check out the genres Mardi Gras & LGBT) or the web (the genre Queer Cinema). Movies available free of charge include Tomboy, the award-winning Brotherhood and Australian movie Head On, and the highly recommended Beginners.

Repeats of Stephen Fry: Out There are currently being screened on ABC2 on Wednesdays at 8.30 pm. Check out iview also.

Progression in Victoria for same sex adoption. Teachers on code of behaviour NSW ACT. All the more reason to campaign against the exemptions for religious institutions in the NT.

NEW YORK: Singer-songwriter Lesley Gore, who topped the charts in 1963 with her epic song of teenage angst, It’s My Party, and followed it up with the hits Judy’s Turn to Cry, and the feminist anthem You Don’t Own Me, died Monday. She was 68. Gore (pictured), a non-smoker, died of lung cancer at New York Presbyterian Hospital in Manhattan, according to her partner of 33 years, Lois Sasson.

Sally Kohn, an essayist and political commentator for the US Cable News Network (CNN), challenges prejudice in her opinion piece in The Washington Post. 20 February 2015

Over the past three months, the Rainbow Territory Community Survey has been a great success with 95 Territorians participating. There is still time to let us know what you think about living, as a LGBTIQ person, in the NT.

Even if you have completed to survey, you can help by asking friends, family members, and colleagues to participate, and sharing it on social media. The survey can accessed here

Treasurer, last week you denied you had lost the Treasurer’s job for making homophobic slurs. When you resigned late last year the Chief Minister said,

I want to make sure that Territorians know they have a government who stands for all and will provide leadership on what those community expectations are.

Our gay, lesbian, and transgender community has publicly called on you to apologise. Will you now do the right thing and apologise publicly for those appalling comments, acknowledge that your comments were offensive, and affirm that you value and respect all Territorians regardless of their sexual orientation and gender identity?

Madam Speaker, can I say straight up that I am not a homophobe at all. I am not going to discuss what has occurred in the past. I think that is in the past. My job at the moment is to be Treasurer of the Northern Territory. I am very keen to see that Northern Territory gets on to a firm financial footing, as was committed to a couple of years ago by the Chief Minister. We said we would balance the books by 2017-18. That is my focus, member for Barkly. That is what I am focused on and at this point in time I can tell you I am working away already on this year’s budget.

This budget will be – I can give you some heads up – it will be another belt-tightening budget. We said two years ago that we would not be doing slash and burn budgets. We said we would not be sacking public servants and the like. I know that Labor made a big deal of that at the time. They said that thousands and thousands of jobs would disappear. The reality is – as I think the Attorney-General said yesterday, or the Minister for Public Employment said yesterday – that we have the same amount of public servants now as we did back in 2012 when we came to government. The reality is that we are finding efficiencies within the public service. We are finding savings within the public service without laying off staff.

Ms MOSS:  A point of order, Madam Speaker! Standing Order 113: relevance. The question was actually about whether or not you would be issuing an apology and it was not to do with this year’s budget.

Madam SPEAKER: The minister does have a couple of minutes to answer the question, but if you can get to the point.

Mr TOLLNER: Madam Speaker, I answered that. I said I would not be dwelling on the past and the fact is I am not dwelling on the past, I am telling the member for Barkly what I am dwelling on and that is making sure that the books of the Northern Territory are balanced by 2017-18; the government is on track to do that. This next budget will again be another responsible budget. We will continue to find savings that we need in order to reduce Labor’s projected $5.5bn debt.

Mr McCARTHY: A point of order, Madam Speaker! Standing Order 113: relevance. I thank the Treasurer for a lecture on Treasury, but it is quite obvious that he is not prepared to apologise to the gay, lesbian, or transgender community on this matter.

Mr TOLLNER: Madam Speaker, as I said, in answer to the member for Barkly; we are not getting into the gutter; we are not talking about ourselves. I think the Chief Minister made that point adequately over the last couple of days. We are focused on the good government of the Northern Territory and that is absolutely what I am focused on …

Mr TOLLNER: … I think that is what Territorians want to know about. I have read the tea leaves myself; I have realised that I have probably had a couple of run in’s with my friends from the NT News. I have put that behind me; let bygones be bygones. My focus now, member for Barkly, and to everybody in the Chamber, is the good government of the Northern Territory. 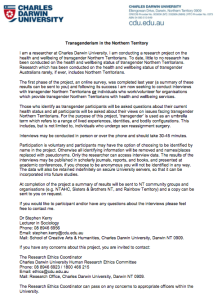 Dave Tollner should apologise over ‘gay slur’ or be dumped from Cabinet, says gay rights group

An advocacy group is calling on Minister David Tollner to publicly apologise following homophobic comments he made in August. Rainbow Territory, an NT community group advocating for lesbian, gay, bisexual, transgender, intersex and queer people, said the comments contributed to the disproportionate levels of mental health issues, discrimination and harassment the LGBTIQ community experienced. Mr Tollner took leave in April but was reinstated as treasurer this week. Rainbow Territory’s Jane Black has called on the Giles government to affirm its respect for LGBTIQ citizens. “When government leaders make homophobic or other disrespectful remarks..its creates the perception that such comments are acceptable. This is not good enough” she said.