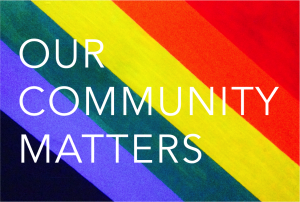 In August 2014, David Tollner, who at the time was Deputy Chief Minister, made homophobic comments which were widely reported in Northern Territory and national media. Mr Tollner has recently been appointed as Treasurer, despite his failure to apologise publically for the comments. This week he stated he did not make the remarks.

Rainbow Territory spokesperson Jane Black: “Rainbow Territory is speaking out because our community matters. Homophobic comments such as those made by Mr Tollner contribute to the disproportionate levels of mental health issues, discrimination and harassment that the LGBTIQ community experience. Homophobia is real and alive in the Territory today.”

“When government leaders make homophobic or other disrespectful remarks about individuals or groups, it creates the perception that such comments are acceptable. This is not good enough”.

Ms Black: “All community members have a responsibility to treat others with respect and dignity. The community expects our elected representatives to demonstrate leadership in this regard.”

Rainbow Territory considers it inappropriate to have people with such views in positions of leadership and authority within the NT Government.

The Chief Minister, Adam Giles, made reference to the comments of Mr Tollner in an article published in the NT News on 21 August 2014, stating “perceptions become reality in politics and I want to make sure that Territorians know they have a Government who stands for all and will provide leadership on what those community expectations are.”

Rainbow Territory calls on the Giles Government to make a statement affirming its respect for LGBTIQ citizens and its commitment to non-discriminatory government.

Further, the group calls on Mr Tollner to publically apologise and acknowledge the harm done by the comments he made in August 2014.

What you can do

Contact the Chief Minister to express your support for this press release.
Telephone: 08 8928 6500, Email: Chief.Minister@nt.gov.au

Have your say, complete the community survey

Homonormativity – privilege within our community

“the phenomenon of homonormativity is considered by many to be destructive to the queer rights movement and to the larger queer community.” Article

As a new organisation Rainbow Territory is developing its approach to working together as a group. To assist this we are holding a workshop to determine the decision making processes, and other key processes for how we function as an organisation.

If you are interested in being part of Rainbow Territory in an ongoing way in 2015 this will be a good workshop to attend to provide some input. It will be followed by a well earned social activity.

The National LGBTI Health Alliance, through the Silver Rainbow Project, is forming a national LGBTI Ageing and Aged Care Network. This is an exciting opportunity to share your experience, knowledge, or research with others who are passionate about improving the health and wellbeing of older LGBTI people while building your network of practice.

If you have any questions about the work of this network, or your potential involvement, please contact Sam Edmonds, Manager Ageing and Aged Care Projects on either (02) 8568 1130 or samantha.edmonds@lgbtihealth.org.au

Are you interested in being part of a group creating theatre for social and political change?

People with performance skills as well as non-actors are welcome. We want to work with a group of people to create performances that tell our stories as activists working for social justice. By sharing our stories of working for change and living in the current political climate we can build hope and community.

We will be working towards a performance using the work of Augusto Boal to tell our collective stories to effect change. We’d like people who can commit to working together over a couple of months.

This is not a specific LGBTIQ community project, but activists from this space are very welcome to get involved. Come along to our first session on Thursday 19th February from 6-8 pm at:

Headspace Alice Springs are working with NTAHC to get a ‘support group’ up and running for LGBTI youth in Alice. 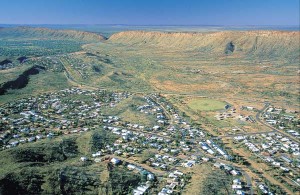 “If you’ve ever wondered what a mix of The Red Centre and The Emerald City looks and feels like, do yourselves a huge favor. Come and visit where Alice IS Wonderland  right now for adventures yet to be undertaken and memories you’ll keep for a lifetime. Such a special mix of some wonderful people, stunning landscapes and space to explore you and your being.”

If you’d like to contribute to future Postcards from the Territory, please email 200 words or less about life in your neck of the woods (or desert), an accompanying picture is most welcome, and sign off as you like.

Hello. This newsletter we are running the first Postcard from the Territory. This is a way to connect between cities, towns, rural, & remote, and new and established Territorians. The first postcard is from Alice Springs (for newcomers it’s located just down the road from Darwin and up the road from Adelaide).

In other updates, there are a few events and projects on the go: activism, social, theatre, & community health. Remember, if there are none to your liking then set up your own, you can publicise it through this newsletter.

In very recent news, Dave Tollner is now Treasurer. If you want to communicate directly with the decision makers about this decision, all email addresses for the cabinet, including the chief minister are listed here.

Cake to share is a random section of the OUT NT newsletter where people can share something with others. Not all cake suits all tastes, so please sample or skip as you wish. Email your cake to share to outnt[at]outnt.info

Just across the ditch: the 3rd Asia Pacific Outgames were in Darwin in May 2014, and in Feb 2016 they are happening in Auckland.

Stream yourself some French romance, tagged as “get a room” and “LGBT” by SBS

From around the globe

Drawing out the importance of LGBT visibility

Sébastien Lifshitz Documents Hidden LGBT Relationships From The Early 20th Century. “I don’t know these people — they are anonymous to me. I can’t really even say that each person photographed into the book is gay, except when it’s obvious.” 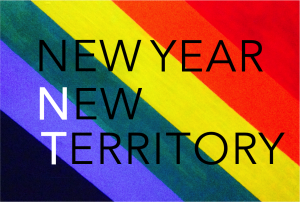 Rainbow Territory has had a busy few months since forming in September 2014:

On Tuesday the 21st January, the first Rainbow Territory meeting for 2015 was held. At this meeting we discussed the roll out of the Safe Schools Coalition, the Australian Human Rights Commission’s Sexual Orientation, Gender Identity and Intersex Consultation, and the importance of governance and strategy.

The coming months are an exciting time for Rainbow Territory as we seek to formalise our structure and identify our priorities for this year. If you would like to be involved, please attend one of our fortnightly meetings. See upcoming meeting dates here. All welcome! 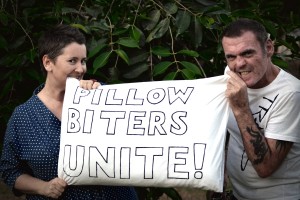 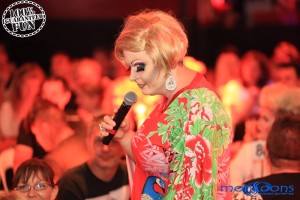 The LGBTQI community and its allies joined together on Wednesday the 21st of January at Drag Queen Bingo Fundraiser. The packed out and fun filled event was supported by the Northern Territory AIDS and Hepatitis Council and The Departure Lounge, and aimed to raise funds for Darwin’s first ever Mardi Gras Float.

The Darwin Mardi Gras float has reached capacity, but the team are still fundraising. For more information contact party passport@me.com or through Facebook Departure Lounge.